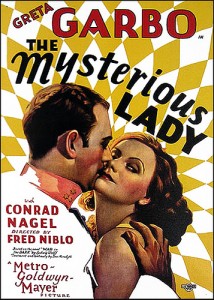 The Silent Film Society of Chicago just announced its 2011 Silent Summer Film Festival, one of our favorite summertime traditions. Running for six Fridays at 8 PM from July 22 to Aug. 26 at the Portage Theater, this year’s festival brings a great cross-section of classic silent films to the big screen.

Complete details and ordering information are available at the Silent Film Society of Chicago’s website.

We’ll see you there!