It took about a year for the plug to be pulled on an ambitious (or some would say ridiculous) project: FM News 101.1. As of today, you will hear music on 101.1 FM instead of talk.

The CEO of the station’s owner cited “lack of audience engagement” as one of the reasons: that’s doubletalk for “people weren’t listening.” Here’s a link to Robert Feder’s play-by-play of the demise of the station.

When I first wrote about the station last year I indicated that I actually wanted to see the station succeed. They seemed a little light on substance and resorted to a bunch of hackneyed gimmicks but my hope was that station management would learn that Chicago radio audiences were more sophisticated, and that the real opportunity for News 101.1 was to fill a niche between WBBM and WBEZ. They opted to swing in the wrong direction entirely.

I did tune in to the station occasionally, mostly when I missed WBBM’s Traffic and Weather report, because News 101.1’s reports were now on the Ones.

101.1 now plays a mixture of 80s and 90s music designed to appeal to 30-35 year-old-women (correction provided by my wife, who’s in that demographic).

And so we keep spinning the dial… 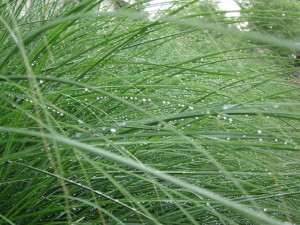 Since it’s been so dry here in the Chicago area, I’ve been up every morning around 5:00 am watering all the plants around the house. We put in a bunch of new stuff out front and it would be a shame if it all dried up.

This is what the ornamental grass along our driveway looked like early one morning. It was so peaceful to be out there at that hour, and when I saw the way the water was clinging to the blades of grass I had to get the camera. 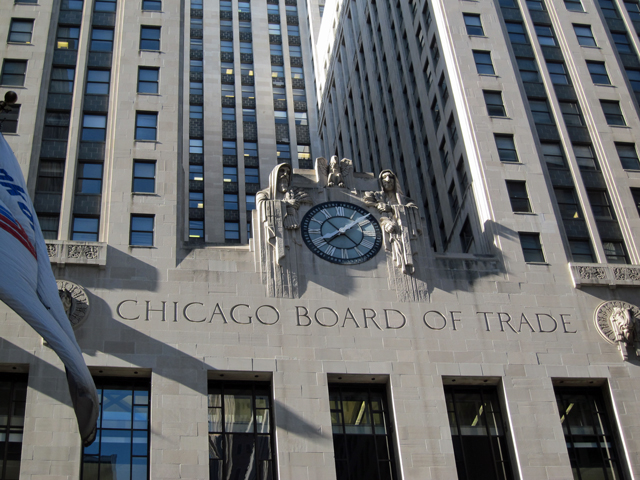 There are only a couple of weeks during the year when the sun shines on the façade of the Chicago Board of Trade Building at the angle you see here. I happened to have my camera with me the other morning, so I captured it.

With the morning sun shining at this angle, you can really see the detail on the statues and carvings on the front of the building. Here’s a close-up: 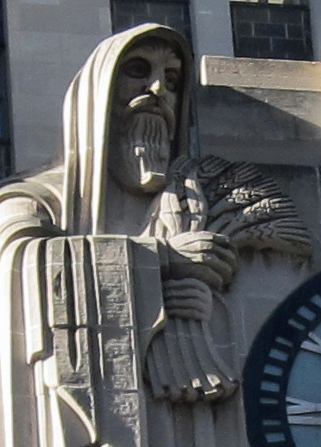 I have a long history with this building: my first job in downtown Chicago was here (in 1986) and for a while I had an office on the 11th floor (next to the clock, to the right as you see it here) that looked up LaSalle Street. I spent many long hours, late nights, weekends, and holidays here. I was even involved in evacuating the building during the Chicago Flood of 1992.

Currently, I work across the street from the CBOT, so I get this view every day.

Here’s another shot of the building that I took on the morning of Bike the Drive, complete with eerily empty streets: 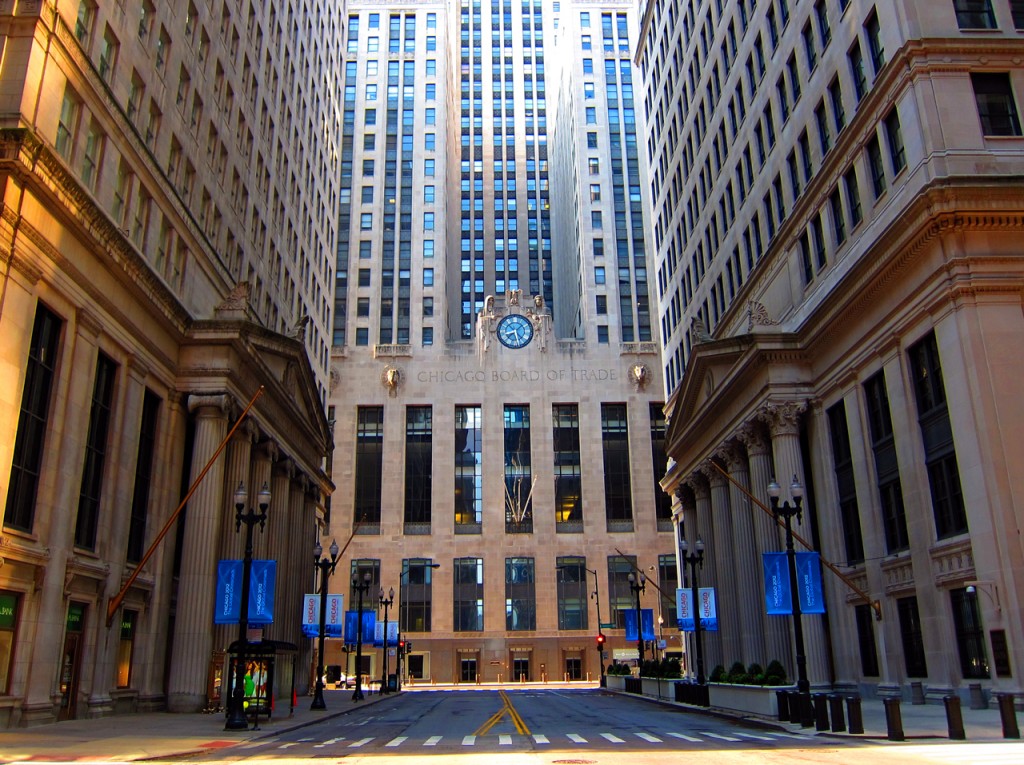 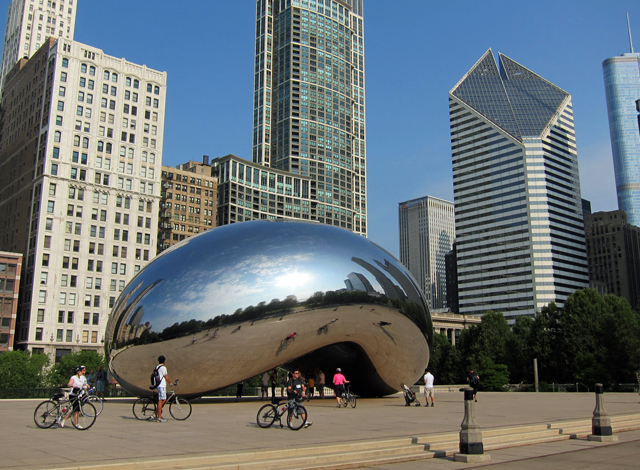 This past Sunday the 11th annual Bike the Drive event was held on Chicago’s Lake Shore Drive.

After riding the 30-mile route, I took the time to ride around downtown Chicago a bit, and wound up at Millennium Park, where I shot this photo of the Cloud Gate (aka “The Bean”) sculpture.

There were over 20,000 participants and the weather was beautiful. Another of our favorite cycling events! 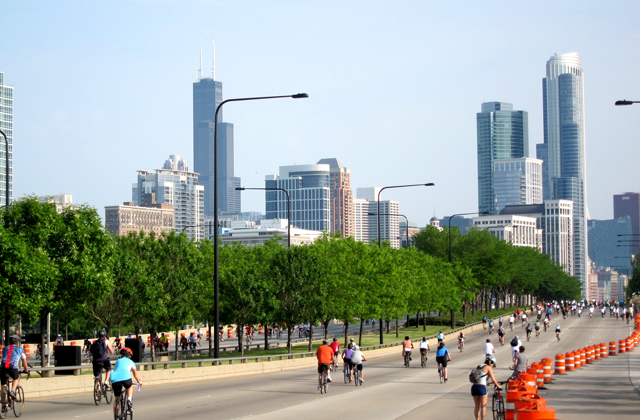 A couple shots of the legendary cheeseburger spot in Chicago, the Billy Goat Tavern on Lower Michigan Avenue.